Strengthening Livelihoods for the Vulnerable

Raso is a 46-year-old male whose forefathers settled in the village Mau Akheraj in Union Council Vejhiar, Tehsil Mithi of District Tharparkar, Sindh, Pakistan decades ago. The village communities of Tharparkar face acute shortage of water, every alternate year, which makes it hard for them to cultivate crops and meet the basic needs of their families and maintain livestock.

Most of the population of surrounding areas worked as daily labourers before the pandemic, but almost 90 percent of them lost their livelihood due to lockdowns. Raso’s family also suffered greatly due to the imposed restrictions. While everyone in the community suffered.

Most of the population of surrounding areas worked as daily labourers before the pandemic, but almost 90 percent of them lost their livelihood due to lockdowns. Raso’s family also suffered greatly due to the imposed restrictions. While everyone in the community suffered.

Sharing the difficulties he faced due to COVID-19, Raso said “I am unable to do work, my wife and two daughters make embroidered handicrafts and sell different items to a middleman to generate some income, which is hardly enough to fulfil our basic needs. But during lockdowns, all markets were closed, and public transport was suspended. The. middleman also refused to visit and buy handicrafts.”

A novel Coronavirus was discovered during the month of December 2019 in China after which it spread to other countries. Pakistan reported its first case in February 2020.  Due to government- imposed lockdowns in the country, markets schools and transport were closed, because of which the daily wagers were directly impacted. Raso’s family was one of them. Before COVID-19 she was able to arrange for food and other domestic items by selling handicrafts, but during lockdowns they became totally dependent upon humanitarian assistance.

“Raso is paralyzed for the last ten years. Our family has struggled in getting proper treatment for him while simultaneously managing the household expenses.” Raso’s wife, Than Saropaan said.Than Saropan had to look after the children-all under the age of ten- and was unable to make handicrafts during that time, and therefore had no income. Gradually, she started earning a little by teaching handicraft work to her two daughters, Meena 16 and Darshna 14.

During household assessments by PVDP for implementation of DKH funded project in Union Council Vejhiar for COVID-19 and drought affected families, Raso’s family was selected for food assistance. PVDP with the support of DKH provided the food ration to this family.

Humanitarian Assistance by PVDP and DKH

Due to support provided by PVDP, Raso’s wife and daughters could continue their handicraft work and were able to sell it after lockdown and even saved a little. They were also able to plough agricultural land during peak cultivation to further support their livelihood.

“After receiving assistance from PVDP and DKH we breathed a sigh of relief because our primary concern was taken care of. I am thankful to PVDP and DKH for their timely assistance”, Raso said. 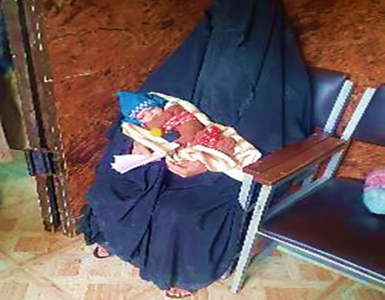 Alleviating the Plight of Pregnant Women

Submitted by: MdM ---- A 20 year old poor young woman was taken by her family to a private hospital in Tank for maternity services... 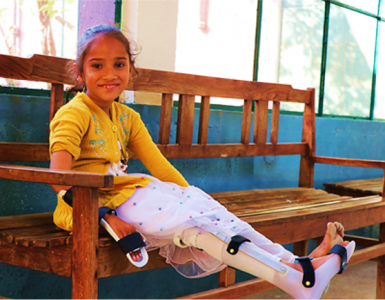 Submitted by: Islamic Relief --- High up in the hills of Janial, a remote village of Mirpur, Azad Jammu and Kashmir, nine-year old Nayab Mehfooz lives with her parents. Her father is a shopkeeper in ... 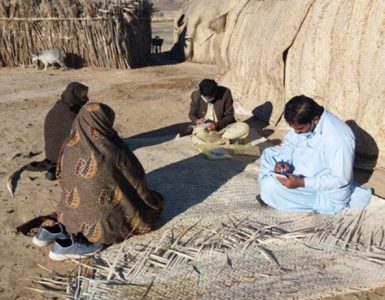 Submitted by: International Rescue Committee — A common characteristic of many of the least developed districts of Pakistan includes vast pieces of vacant land and harsh climatic conditions...