Over 5719 people have reportedly been infected in Pakistan during the global COVID-19 pandemic.  Since the first two case detected in late February, some 96 people have lost their lives fighting the deadly disease, while the spread of the disease has reached over 105 out of 158 districts across Pakistan, the highest number of cases were reported in Punjab followed by Sindh. The least affected region with 35 reported cases and no recorded deaths so far, is Pakistan Administered Kashmir.

The Government of the Islamic Republic of Pakistan, with support from international and national humanitarian and development partners, have responded to the pandemic by strengthening response coordination, case management, disease surveillance, testing services in laboratories, strengthening health systems, and community mobilization, sensitization and empowerment to cope with the negative impact of the COVID-19. To mitigate the impact of the disruption of daily life, it has taken a number of initiatives, including a cash disbursement of $80 – $82 per month to 12 million families through the Pakistan Social Protection programme (Ehsaas)

Although early protective measures taken by the Government resulted in containing the spread of the infection in the early weeks of the pandemic, a steady increase has been recorded in the notified cases since Mid-March. As shown in figure 1, the highest number of cases reported in a single day is 577 people on 6 April 2020. A cumulative depiction of reported cases can be seen in figure 2.

The statistics in many countries suggest a higher probability of severity of symptoms in older age groups. However, in Pakistan the emerging trend shows people in younger age groups to be more vulnerable. According to the statistics by NIH Men (77.12%) are getting infection more than the women (22.88%). Most infected cases are among the age groups between 20 to 39 years of age (35%). Slightly lower percentage (45%) of the total infected cases are among the age groups over 50 years. Figure 3 show the infection trends with respect to age groups and sex.

The overall impact of the pandemic is expected to be devastating for the general public. Although the Government of Pakistan is using all available resources, the need for a coordinated humanitarian response by the international community is essential to ensure stability and socio-economic wellbeing of the overall population and specially the vulnerable population.

Most vulnerable and affected population groups:

The lockdown as a precautionary measure for COVID-19 has had devastating impact on the economy of the Pakistan. Estimates expect Gross Domestic Product (GDP) to drop (4.64%), followed by a subsequent increase in people living below the poverty line from 50 – 60 million to 125 million.

Pakistan is the fifth most affected on the list of countries by impacted by climate change.  Prior to the outbreak of COVID-19 Pakistan, a series of climatic shocks combined to make those already facing social exclusion and vulnerability due to poverty and displacement, acutely vulnerable to the virus and its impact.

The most vulnerable populations targeted by the response plan are as follows:

In 2020, there are 1.4m Afghan refugees holding a valid Proof of Registration (PoR) card issued by the Government of Pakistan. They are the second-largest refugee population in the world and, after 40 years of forced displacement, also the largest protracted refugee population under UNHCR’s mandate. Almost twothirds of the registered Afghan refugees and asylum seekers in Pakistan live in urban or peri-urban areas alongside their host communities. Afghan refugees are dispersed across the country, but the majority reside in the Khyber Pakhtunkhwa and Baluchistan provinces. The refugee population is predominantly comprised of women, children and adolescents.

The Afghan Citizen Card (ACC) registration process was initiated by the Government of Pakistan in 20172018 to register and document undocumented Afghans in Pakistan. ACCs are identity documents issued by the Government which allow undocumented Afghans to temporarily remain in Pakistan until they return to Afghanistan to obtain a passport and Pakistani visa. ACCs provide protection from arbitrary arrest, detention or deportation. There are .6 million ACC holder in Pakistan.

An individual of Afghan origin in Pakistan who (i) has no valid documents (PoR card, ACC or Pakistani visa); (ii) possesses an Afghan national identity card (Tazkira); or (iii) has no passport, or has a passport with an expired Pakistani visa, or no visa at all. Currently around 0.4 million undocumented Afghans are estimated to reside in Pakistan.

In 2018, significant decrease in rain was recorded which cumulated with steadily decreasing rainfall in the previous years, resulted in a drought like situation in Sindh and parts of Baluchistan. Drought is a longstanding issue in parts of Baluchistan and Sindh Provinces, however, the impact on water resources, food and fodder reached a devastating scale in 2018. The Government of Pakistan estimated over 5 million people affected by the drought in 26 districts in Sindh and Baluchistan. Despite government and humanitarian community relief operations, a significant number of affected areas remain in need.

A desert locust outbreak hit Pakistan in January 2020, impacting many districts in the country. According to the United Nations Food and Agriculture Organization’s Desert Locust Information Service, the current outbreak is the worst in over 25 years. It is affecting Pakistan and neighboring countries of Iran and India, as well as the Horn of Africa and the Red Sea area. Pakistan is an important front-line country for desert locust because it lies on the route of migratory locust swarms, both from the west and east and it has both summer (Sindh, Punjab) and winter/spring breeding areas (Baluchistan). The existing situation is far worse than initially anticipated, affecting significant areas of food crops, orchards and fodder. As per estimates around 1.5 million people were affected by the locust infestation, Efforts are required to eradication and control of this outbreak and curtail negative consequences affecting food security, nutrition, and livelihoods of the farming households across all provinces. Response is ongoing, led by the government with support of international community.

Over 5 million people were displaced from their homes due to the security operations led by the Government of Pakistan against non-state armed actors in the northern region of Pakistan. The tribal areas that have since been merged into the Khyber Pakhtunkhwa province, were severely affected with mass displacements, damaged infrastructure, and disruption of economic activity. Life came to a complete standstill in the eight tribal agencies since the crises started in 2008.

In March 2015, after the blanket security operations came to an end, and only targeted operations in areas still harboring non-state actors were undertaken as needed, the Government of Pakistan announced safe, voluntary, dignified, and assisted returns for the displaced families back to their areas of origin in the Newly Merged Districts formerly known as the Federally Administered Tribal Areas. By 2019, almost 95% of the displaced families have returned home. However, majority of the areas lack basic social services and livelihoods opportunities. Humanitarian assistance is still being provided to the TDPs and returnees including an TDP Camp.

Several parts of the country received heavy rains and snowfalls in first two weeks of January 2020 causing flash floods, avalanches and landslides. Hundreds of people died and injured while more than thousand houses were partially and fully damaged. Public sector services were constrained, and roads were blocked. Access due to closure of roads was the main challenge faced by rescue and relief operations in affected areas. Government in two provinces declared snow emergency with around 1.7 million in need for humanitarian assistance, a CERF allocation was also requested and a $ 3 million were allocated.

The immediate humanitarian needs in the country are summarized below:

Achieving safe and quality health services during an outbreak depends on the availability of an adequate workforce, in terms of numbers, skills, and relevant medical supplies, equipment and material for infection prevention and control. These elements are essentially important in containing and responding to COVID19 and maintaining a continuum of care. Therefore, the biggest humanitarian needs in this pandemic are the protection of health workers. Front line staff (midwives, nurses, obstetricians and anaesthesiologists etc), need to be prioritized as critical and lifesaving and they should be provided with personal protective equipment if they are treating patients with COVID-19.

The availability of medical supplies, testing kits and medicines is the second biggest humanitarian need in the country. With the limited medical facilities available, most cases are at risk of going without being detected, resulting in a higher number of infected cases in the country. 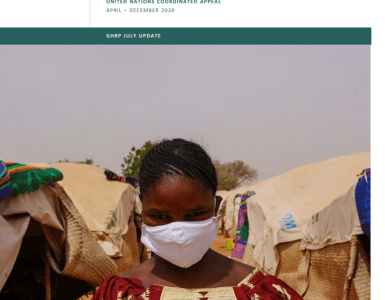 GHRP-COVID19_July_update_0_compressed (1)Download AT A GLANCE: Since the launch of the Global Humanitarian Response Plan (GHRP) for COVID-19 on 25 March and its first update on 7 May, the pandemic has rapidly expanded... 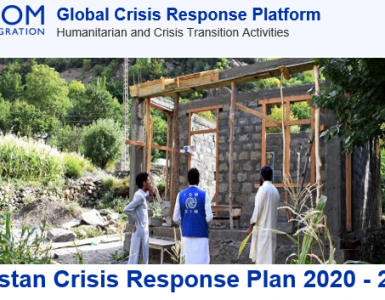 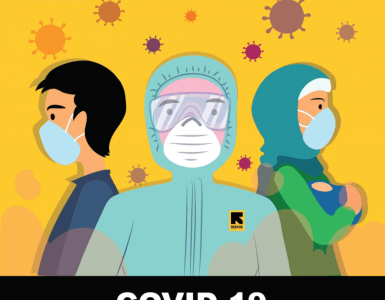 Read Publication Download here Executive Summary: There is currently a lack of data on the gaps in current response to the pandemic as well as its impact on crucial sectors. The IRC is proactively responding to the...