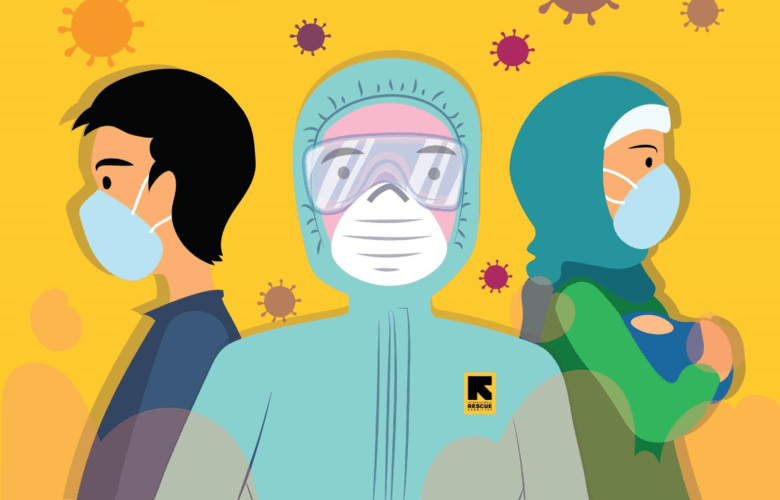 There is currently a lack of data on the gaps in current response to the pandemic as well as its impact on crucial sectors. The IRC is proactively responding to the emergency at a global level, as well as through a comprehensive Pakistan specific COVID-19 Master Response Plan, of which Needs Assessment is a crucial component. Therefore, IRC conducted a country wide Rapid Needs Assessment in Dadu, Ghotki, Sukkur (Sindh), Noshki, Quetta, Killa Abdullah (Balochistan),
Rahim Yar Khan, Multan (Punjab) and Peshawar, Swat, Mardan, D.I. Khan (KP). The findings are summarized below.

At the government level, 33% of Government officials flagged the unavailability of PPEs for frontline workers as a key challenge. At the community level 88% stated that soap is used as a primary safety measure against the disease. In terms of preventative measures, 24% believed sanitizers should be used, 27% responded face masks, 47% responded the use of soap. Usage of these items is low with only 22% people in Sindh, 20% in KP, 7% in Punjab and 11% in Balochistan using these. 51% complained that the items are expensive, 37% reported unavailability in the market. At the HH level in terms of prevention, 35% responded handwashing with alcohol/soap and water was enough followed by 27% believing in social distancing.

At the government level, 83% of respondents perceived that quarantine and isolation centers were safe and inclusive for women, PWDs, children and the elderly. The most common stress factors included loss of livelihood, paying rent and other expenses. Inability to access education was cited as another major stress factor. Only 17% of respondents stated the receipt of reports of domestic violence, only in KP. Respondents noted the absence of, or lack of mechanisms for reporting GBV as a potential cause for this. At the community level, 65% reported loss of livelihood as the major stress factor for men and boys followed by borrowing money (33%) and violence against women (22%). At the household level, 41% noted extreme behavioral changes among family members. The elderly, PWDs and children were noted to be most at risk, with the health conditions of the elderly and unavailability of infant food/milk as major concerns. 21% reported the presence of chronically ill persons in the family. 25% of respondents believed COVID-19 stigmatizes, with religious minorities (43%), PWDs (13%) most discriminated against.
Only 1.7% noted discrimination against transgenders.

At the government level respondents noted that 100% of schoolchildren are at home. In terms of continuity, 91% of government and private education service providers have not taken any measures for continuity. 41% respondents think that institutes have planned for continuity in case of prolonged lockdown. Of these, only 11% of government and private institutes have e-education facilities, as per the respondents. All respondents highlighted technical support for educational continuity while 68% highlighted financial support. At the community level 96% of community members stated the presence of school going children in their vicinity. 60% of these children are unengaged at home, 22% are being taught by parents, 9% reported schools are assessing homework over WhatsApp, while 3% are getting education from radio and 3% from online classes. At household level, 89% noted the closure of school’s negative impact on children’s education. Barriers include a lack of learning materials (38%) and 4% reported an inability to pay the school fees. In terms of alternate learning methods, 36% responded online classes, followed by WhatsApp (8%) and Radio (4%). Access to internet for school children is 18% in Balochistan, 9% in Punjab, 6% in Sindh, and none in KP. Access to TV is 52% in KP, 64% in Punjab, 39% in Sindh and 25% in Balochistan.

At the government level, 35% reported that food supply has been affected by the pandemic. 60% of respondents noted a decrease in people’s income in the last 2 weeks. Cash support by government was noted as a major support required for recovery followed by food rations. In terms of agricultural productivity, 50% of respondents expect impact on harvesting and marketing current crops while 29% noted marketing challenges. 55% feel that farmers will face difficulties in arranging capital and inputs for next cropping season. At the household level, 65% of respondents reported disruption in livelihood due to shop closure (40%), no wages (38%) and job loss (4%). An average of 60% of respondents reported food shortages, however, only 22% stored additional food at home. Prior to COVID 70% people were eating food three times a day, during lockdown only 24% manage to eat food three times a day. Similarly, 54% people were able to eat two times of food in a day before COVID-19 but after crises and during lockdown only 19 % people manage to eat food twice a day.

At the government level all respondents in KP, Sindh and Balochistan reported reaching out to people with relevant messages on time while 80% in Punjab reported this. In terms of the presence of feedback mechanisms, only 83% in KP, 80% in Punjab, 67% in Sindh and 63% in Baluchistan responded to in the affirmative. Currently the government communication has focused on radio announcements (15%), mosque announcements (16%), establishment of emergency rooms (18%), banners and (21%) pamphlets (18%). At the community level a majority (85%) felt that there was awareness of COVID-19 in their community and people were aware of symptoms (74%). The elderlies were noted to be least aware (31%), followed by girls (22%), and women (20%). In terms of information, 28% were aware of protective measures, 24% of symptoms, 24% about transmission, while only 12% were aware of what to do in case of contracting the disease. When asked which mass media tools were available in their villages 43% mentioned mobile phones and landline connections, followed by television (30%) and Radio (24%). At the household level 97% of respondents had a basic understanding of the virus. In terms of risk factors, 27% noted people with existing physiological illness, 23% mentioned adults and 13% mentioned already ill people are at a higher risk. 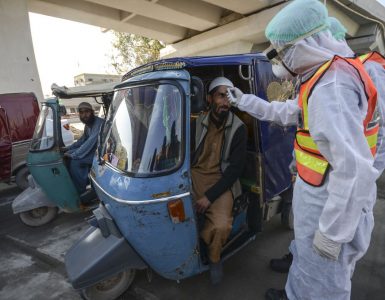 DOWNLOAD PDF Introduction This briefing looks at trends in aid from the OECD DAC’s full release of official development assistance (ODA) data for 2019, which tells us what was happening to aid right before the Covid-19... 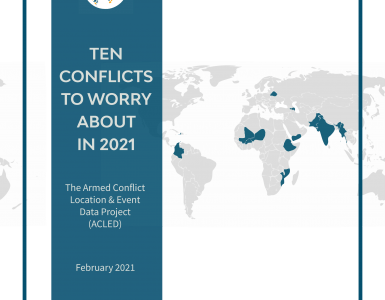 Ten Conflicts to Worry About in 2021

dOWNLoaD pdf Conflict levels in 2020 slightly decreased from 2019 in all regions except Africa. Still, many conflicts continued unabated despite the global COVID-19 pandemic, and several took on new... 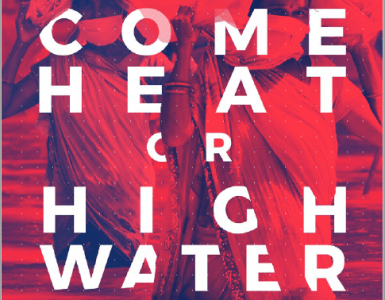 The impacts of climate change are already devastating lives and livelihoods every year, and they will only get worse without immediate and determined action. The World Disasters Report 2020 analyses climate disaster...